Salman Khan is all set to hit the theatres with his upcoming movie ‘Sultan’ this July 6. Fans are already going gaga over the songs and video from the movie, but this new dialogue promo that was released by Yash Raj Films is taking social media to storm. 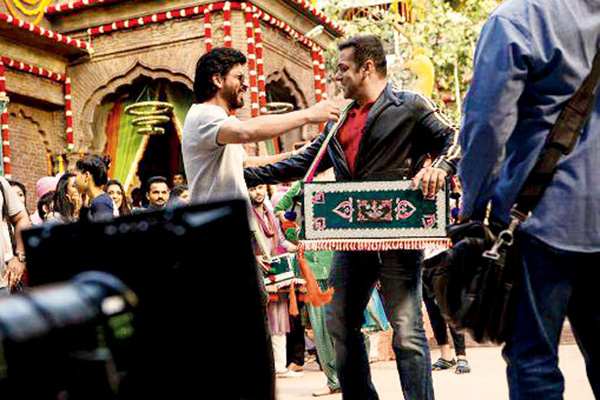 Reports and roumours said a lot about Shah Rukh Khan and Salman's cold war, but seems like all is going well now. Earlier there was news that SRK might have a cameo in the movie, but after losing his cameo he has definitely found an inroad to the film through this mention.

Movie 'Sultan' is directed by Ali Abbas Zafar and features Salman Khan and Anushka Sharma in the lead.