First look of Tiger Shroff's 'A Flying Jatt' is here!

After all the action and breaking of bones 'Baaghi' actor Tiger Shroff is the youngest superhero in Bollywood. Confused!...will explain, Tiger Shroff is all set as the new Indian superhero for the movie - 'A Flying Jatt'. His first look from the movie is out and it was he who shared the good news to his fans. 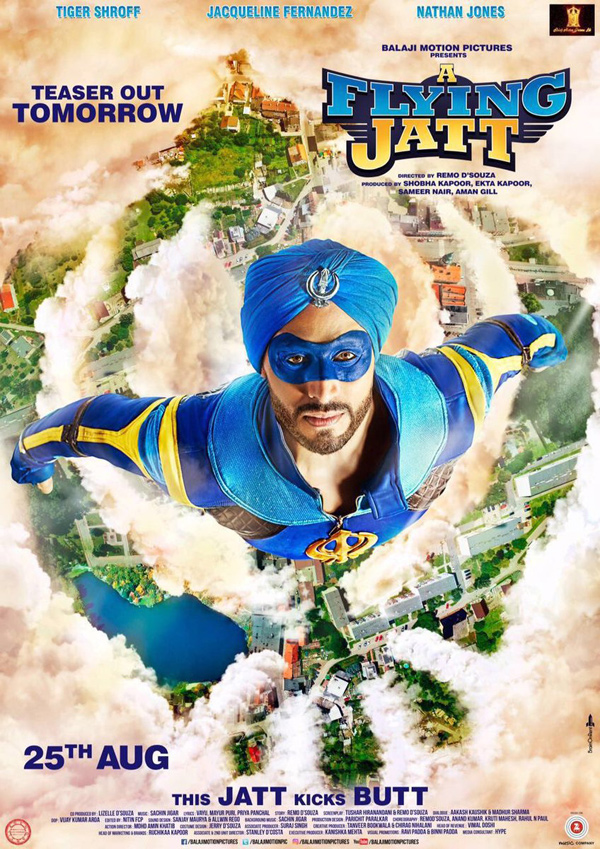 Tiger Shroff took to twitter and revealed the film's first look where he is seen wearing a turban and a mask flying up in the sky. Recently, when filmmaker Remo D'Souza was questioned about his movie he said, "I want people to follow his rules because he talks about nice things. So, it’s not just a superhero film, but also has a strong message in it. I want people to see it and take that message back home." Also when we asked why Indians cannot look beyond Shaktimaan or Krissh when it comes to Indian superheroes, Remo D’Souza said, "I want to create that. I want to create a superhero... which everyone will say that we have a superhero called A Flying Jatt."

This film 'A Flying Jatt' also stars Jacqueline Fernandez and Nathan Jones in the lead, it will hit theaters on August 25. But before that be ready for tomorrow, as the teaser releases!