'Udta Punjab' gets green signal by Pakistani censor board

Udta Punjab' went through a lot before hitting screens in India but now it seems like the race is not over. Pakistani censor board today gave a green signal to ‘Udta Punjab’ after suggesting more than 100 cuts, only after removing objectionable and anti-Pakistan content from the film. 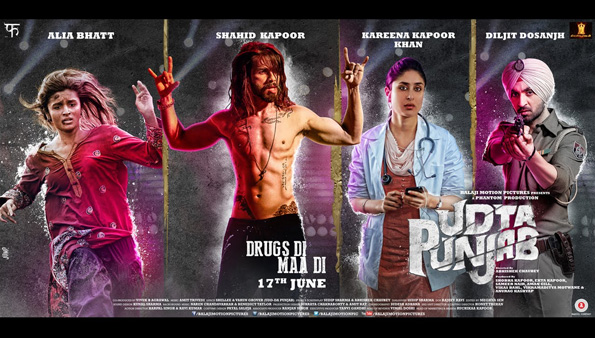 Mubashir Hasan, the head of Central Board of Film Censors (CBFC) in Pakistan said; "All 10-members of the CBFC have unanimously allowed 'Udta Punjab' to be released after editing objectionable content. We have cut all derogatory and offensive words/dialogues and anti-Pakistan content from the film. More than 100 cuts, mutes, beeps have been suggested to the film’s distributor. Once he will complete the editing as per the requirement of the board, it will again be presented before it for final approval."

Sources say that, few days back the five-member panel of the board declined to pass 'Udta Punjab' for screening in Pakistan, citing objectionable content but Hasan said they later decided to give it conditional approval. He opened up saying, "We had not banned this movie. On the appeal of the distributor the full board sat together today and gave conditional approval for its screening here. ‘Udta Punjab’ does not fall in that category. We have asked the distributor to delete those scenes which even slightly refer to Pakistan and words like ‘786’ (which refers to Bismillah) and words Maryam. And ‘Udta Punjab’ is likely to be screened across Pakistan this weekend."