Yes fans the much talked about official trailer of film 'Mirzya' is out! Rakeysh Omprakash Mehra has nailed it in the trailer with deserted locations, beautiful photography and soulful music. In this film we will see, Anil Kapoor’s son Harshvardhan Kapoor and Tanvi Azmi’s niece Saiyami Kher in the lead. When the teaser was released last week fans and viewers went gaga over it and it also hit the right notes of the audience. But with this official trailer I’m sure it going to take both the stars to greater heights. 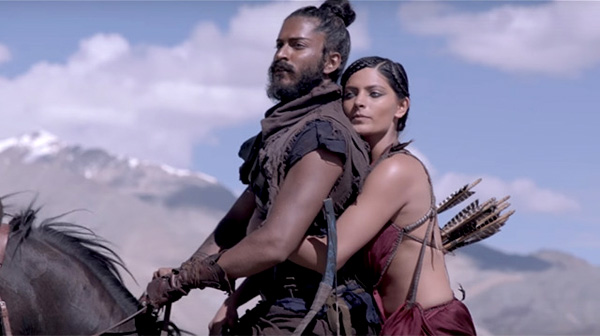 The movie 'Mirzya' is an epic action-romance that revolves around high drama and action-packed sequences in Rajasthan. The music for the movie is composed by renowned Shankar, Ehsaan and Loy team and singer Daler Mehndi’s piercing voice has made the trailer has made it wanting for more. In the trailer you can’t miss out on the two timelines of a passionate love story that spans ages. This film is written by Gulzar and will hit the screens on October 7, 2016.