Ace actors like Manoj Bajpayee, Radhika Apte and Neha Sharma will give you chills in their new short film titled 'Kriti'. This short film 'Kriti' is uploaded by Muvizz.com and directed by Shirish Kunder. Actor Manoj Bajpayee plays a deranged writer, Neha Sharma as the titular Kriti and Radhika plays the writer's friend and psychiatrist. The film revolves between reality and the writer's imagination. It depends on the viewer to decide if Manoj Bajpayee is a psychotic killer or is it just in his mind? This short film will not fail in chilling your spine and keep you on the edge for all of the 20 minutes of its duration. 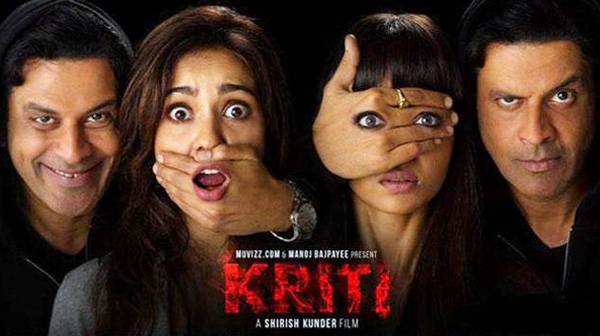 At a recent event, Shirish Kunder said: "I was very relieved, not thinking about box-office numbers, or the censors. We could have made whatever we wanted. In feature films when we think of something right and by the time we make it. Here you make something and it is out in 2-3 months."

Short film 'Kriti' was watched and endorsed by several celebrities they did not just like it but also commented and applauded Shirish. See them all here: