'Dedh Ishqiya' filmmaker Abhishek Chaubey is sure to please his fans with his upcoming movie 'Udta Punjab'. After the makers released the movie trailer and first look of the actors, it has received a warm response from everyone. Fans are going gaga over it and currently it has become the most awaited movie of the season. 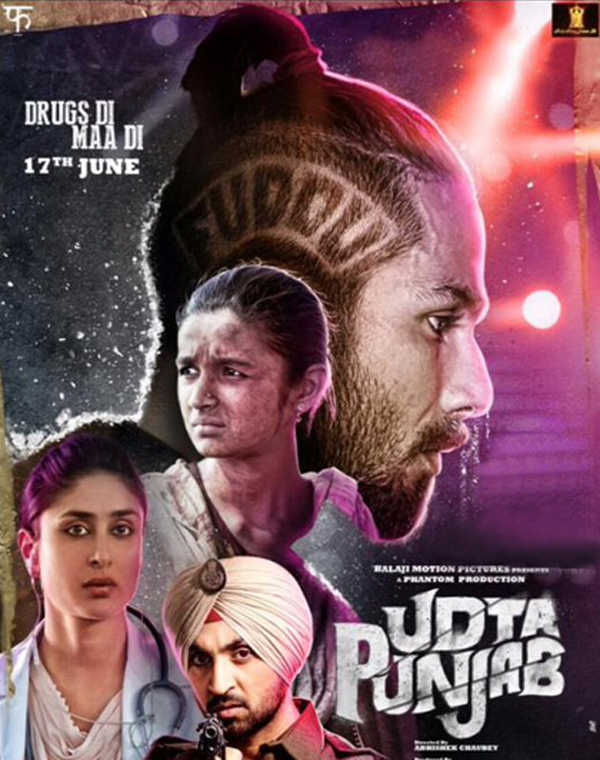 We have a new poster of the film that has been released by actor Alia Bhatt on twitter. In the new poster you can see, Shahid Kapoor, Kareena Kapoor Khan, Alia Bhatt and Diljit Dosanjh who will keep you captivated. This film revolves around drugs disrupt and the life of youngsters in Punjab.

Actor Shahid Kapoor plays a young rockstar where as Alia Bhatt is seen as a girl from Bihar. Kareena Kapoor Khan as a doctor and Punjabi superstar Diljit Dosanjh shines as a young strong police. The film releases on June 17, 2016 and is produced by Balaji Motion Pictures and Phantom Films.