Shahid Kapoor who will be seen playing a Punjabi Rockstar, Tommy Singh in his upcoming film 'Udta Punjab' is high on Punjabi songs these days. Known to be an avid music lover, Shahid is a huge fan of peppy Punjabi tracks and said to have a good collection of this music. We were told that Shahid has a special album, which is a compilation of different types of Punjabi songs - including folk Punjabi tracks, and even those with techno and hip-hop beats. 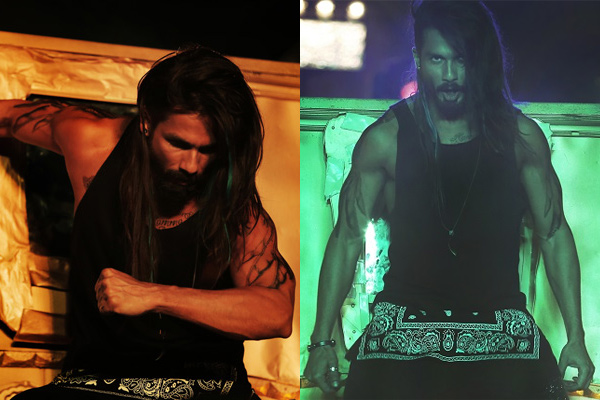 Being a Punjabi at heart, these peppy tunes bring out Shahid's Punjabi avatar which also helped Shahid slip into his onscreen character with ease. It is said that Shahid would put on his earphones and adorn the craziness displayed by Tommy Singh in the glimpses of 'Udta Punjab'. Interestingly, Shahid started listening to Punjabi music after the success of his famous song "Mauja hi mauja".

Apparently, whenever Shahid hosts a party at home, he becomes the DJ, and loves playing these songs. Not just at home, but Shahid also carries his music player wherever he goes. Shared Shahid's spokesperson, "Shahid’s taste in Punjabi music is varied, and his music collection is amazing. This is one of his favourite genres."

Tommy Singh brings to celluloid a character which is to have immense youth connect and eye grabbing instances which will help build awareness on the topic of Drug abuse faced in India. Shahid's first look from the film built immense intrigue and the trailer of 'Udta Punjab' has further taken curiosity levels notch higher.