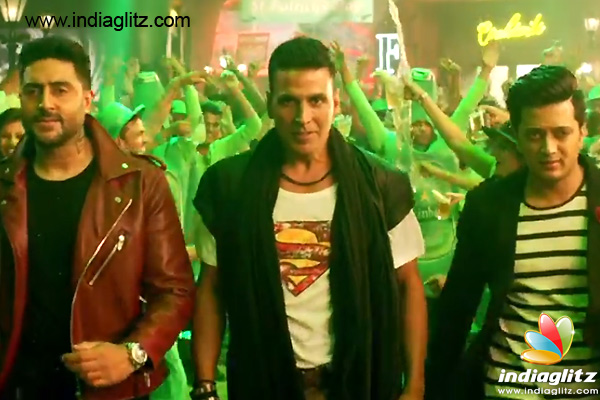 'Housefull 3' released its latest song "Taang Uthake" which has become an instant hit with the audiences. In fact, it is an absolute treat for the fans of Akshay Kumar to get a fun, peppy and groovy dance number from him after a while. Also starring Abhishek Bachchan and Riteish Deshmukh, the song leaves you hooked with its interesting lyrics, fun beats and catchy hook step!

Talking about the track, shared Akshay, "It is a very high energy track and we had a lot of fun while shooting it. Each time it is played even now, you can't not tap your foot. What I love the most about it is the title and the hook step." While producer Sajid Nadiadwala stated, "It is after a while that we are seeing Akshay do an out and out dance number. The response to the song has been very good. They are all looking so good." 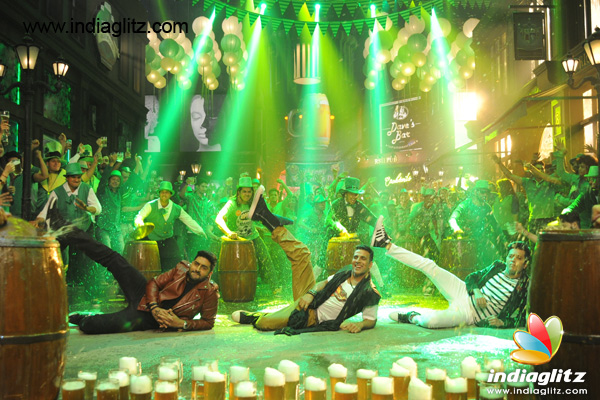 After showering him with love in the intense and important roles he played in 'Baby' and 'Airlift', his fans shower love to this light avatar of his in the song that is making everyone groove. Akshay's songs in the past too have always been chart busters, a hit at all the parties. He has once again set his party song's record high!

With this installment of 'Housefull', everything has been raised to the power of three. Three heroes, three heroines, 3rd June release.