Sushant Singh Rajput went to all extremes to get himself into the character of his next film where he essays the role of Indian Captain cool, MS Dhoni. This name is extremely popular in almost every household and so Sushant felt it was important to do good amount of home work before playing the character.

Before starting shoot, the actor spent few weeks with three room mates of Dhoni who are still ticket collectors at Kharagpur station, where Dhoni was posted before he entered and shook the cricket field. 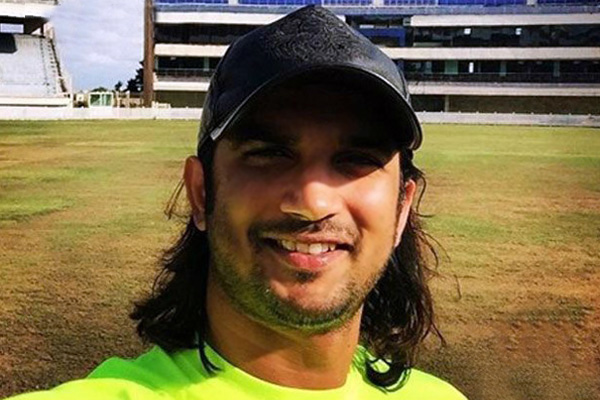 Our sources revealed that Sushant was not just sitting and interacting with them, the actor traveled with them in trains incognito, was with them during work hours, observing their body language, their style of talking, picking up nuances. The actor also ditched the five star hotels and rather stayed with them at the railway quarters for all those days to get a deeper insight into their lifestyle and also played cricket on the same ground.

Dhoni's ex colleagues even told Sushant lots of stories of Dhoni which helped him play the part. In fact, they are yet in touch with Sushant. Shared Sushant, "Apart from undergoing hard core preparation to play cricket like Dhoni, there was a different kind of effort that went into understanding his life before he became India's Captain Cool! Three of his room mates have been of phenomenal help to me. They let me come in their work space in the trains, let me stay in the same railway quarter and also told me a lot of stories about Dhoni which helped me make my performance more nuanced. I was extremely fascinated."

Sushant Singh Rajput's portrayal of MS Dhoni in the teaser was immensely appreciated and shows the amount of dedication he put in to get into the character.