Now the "Jabra" groove will ring across music players and radio stations in Arabic nations too. Don't be surprised if you hear this catchy number in a taxi on the streets of Dubai or Riyadh!

"Jabra", the multi lingual anthem from Yash Raj Films' forthcoming film 'FAN', has rocked Indian music charts all over India and its appeal is no less with NRI listeners and Bollywood movie buffs worldwide! Which is why, to exponentially expand reach and add to this unique Shah Rukh Khan film’s global appeal, the Fan anthem has been recorded in Arabic by leading music artist, Grini. 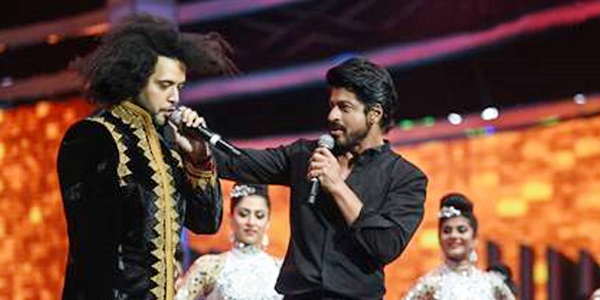 This is not the first time that YRF has utilised popular global singers for their films. The Studio is a trendsetter in this sphere, having launched a Hindi song dubbed in Thai, Spanish and Arabic, with 'Dhoom 3' (Dhoom Machale by Naya). A thumping track, this one had become a chart buster across Arabic music stations and still plays in the region. YRF has always tried to find innovative ways to give ownership of its films and music to local audiences and connect with the people that matter - FANS.

To enhance the film's value with Arabic speaking audiences, YRF has collaborated with Platinum Records to create the Arabic version with Grini. The strategic move apart, this Arabic Jabra Fan anthem once again highlights the immense popularity Shah Rukh Khan enjoys worldwide. In many international markets, he defines the ultimate matinee idol, over and above Hollywood’s leading names.

A unique concept at heart and with the best contemporary filmmaking techniques in place, FAN promises to break new ground in international markets and add to Bollywood’s overall appeal in the world!