After Sridevi, Vidya Balan to play Charlie Chaplin on screen

Since the early 50’s when Raj Kapoor modeled his simpleton character in SHREE 420 till date multiple talented actors of Indian cinema like famous Bollywood comedian Mehmood in AULAD, South superstar Chiranjeevi in CHANTABBAI, Kamal Haasan in PUNNAGAI MANNAN, Sridevi in MR INDIA, and Ranbir Kapoor in BARFI have tried to ape the legendary comedian on Indian screen.

The latest to join the bandwagon is Bollywood’s heartthrob Vidya Balan, who would be paying tribute to Charlie Chaplin, in the Hindi remake of Malayalam film BUDDHANUM CHAPLINUM CHIRIKKUNNU (Buddha and Chaplin Smile) directed by R. Sarath. The film pays homage to Charlie Chaplin on completion of hundred years of his acting career. 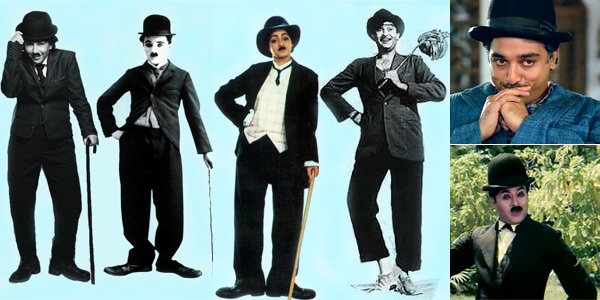 Filmmaker R. Sarath confirmed media that he has approached Vidya Balan to play the title role of Chaplin and she has agreed.

Filmmaker R. Sarath informed, “Actually the original Malayalam version has male actor (Famous Tamil comedian Indran) in the lead but since during the inauguration ceremony of an exhibition held in memory of the Charlie Chaplin, Vidya Balan had expressed her desire to play the legendary actor on-screen, hence I decided to cast her in movie. The Hindi version will thus be re-written to suit her.”

The film is not a biopic on Charlie Chaplin but is a hard-hitting and serious comment on budding artists who pursue blind imitation of their idol actors.

The country is packed with several mimicry artist who imitate film stars like Amitabh Bachchan, Rajinikanth, Salman Khan, Kamal Hasaan, Shah Rukh Khan etc. and nurture dream of becoming big star like them on screen but eventually end up stranded in the twilight zone between real and unreal.