Eminent filmmaker Anurag Kashyap is an angry man because a portion of his short film which he had directed exclusively for an International film company has gone viral. Readers may wonder so what’s the big deal?

Well the portion that has gone viral on WhatsApp and other social media is that of Bollywood sex bomb Radhika Apte exposing her frontal nudity below the belt, a scene which has never ever been portrayed on Indian screen!

Readers may recall that Radhika Apte is the new bold and beautiful sex siren who was scenes in some tantalizing bedroom scenes with Varun Dhawn in the recent hit film BADLAPUR. She was also seen in the film HUNTERR. 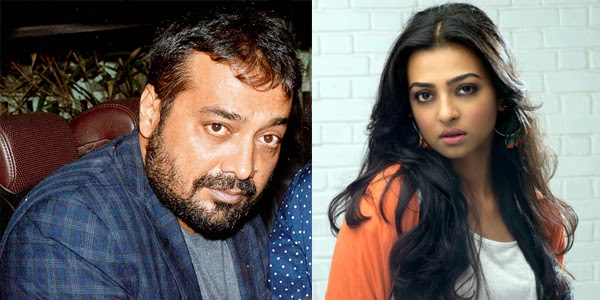 The scene which has gone viral depicts the hot actress lifting her dress and exposing her nude front part below the belt. The clip has taken the nation by storm and is being circulated among the youth like a hot cake and this has annoyed filmmaker Anurag Kashyap.

Briefing the media Anurag Kashyap retorted, “The scene being circulated on WhatsApp is actually an integral portion of the movie and is very important for the narrative but I feel disgusted at the cheap mentality of people, who are sharing the video for sexual pleasure!!”

He added, “The circulation of the scene is an insult to an artist’s work. The scene has nothing sensational or seductive and was shot with an entire crew consisting of women. Even while the footage was in post-production care was taken about its privacy.”

Anurag Kashyap is so angry with the leaked video that he has even taken up the issue with Mumbai Police Commissioner Rakesh Maria, who has assured him to take to take necessary steps and trace the culprit!