Anand Bakshi -The poet of masses

No doubt these songs have been super hits but they have one thing in common. All these songs are penned by the great poet Anand Bakshi, who wrote simple easy to understand poems and hence was called the poet of the masses. March 30, marks the death anniversary of the legendary lyricist; Raaga.Com pays him tribute and discovers how filmmaker Shakti Samanta tapped his talent for poetry. 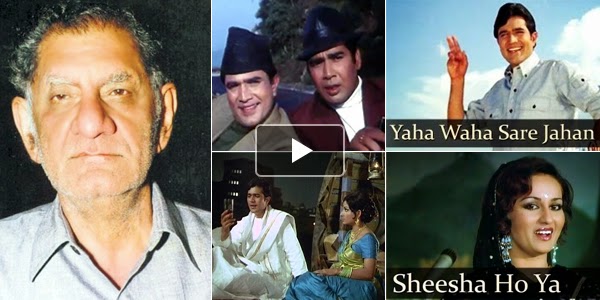 The friendship of Shakti Samanta and Anand Bakshi is an interesting tale. It’s reported that when Anand Bakshi came to Bombay in search of work in Bollywood, he was looked down upon for neither did he come from any family of great poets nor he had attended any mushairas. He was an army man but quit army for his passion for pen!

Despite giving few super hit movies like JAB JAB PHOOL KHILE and MILAN, Bakshi still could not find a place for himself in tinsel town, until he met Shakti Samanta, thanks to his dear friend R. D. Burman.

When Shaktida met Anand Bakshi he could sense his brilliance through his poems that he narrated. Remembering his first meeting with Bakshi, Shaktida says, “I remember the quickness with which he could write any song. For instance in my first meeting when I narrated to him, in brief, the background story of ARADHANA, within seconds he wrote the song kora kagaz tha a dil mera... After ARADHANA, we became close friends and gave a number of hits movies like ANURAG, AMAR PREM, KATI PATANG etc. In fact he became a permanent member of Shakti Films till his expired.”