Alia Bhatt and Sidharth Malhotra are ‘Cutest Couple’ in B-Town

When asked who is the ‘Cutest Couple’ in B-Town? Well, you may wonder - Ranbir Kapoor and Katrina Kaif or Ranveer Singh and Deepika Pudokone?

Readers would be surprised to know that the distinction for ‘Cutest Couple’ of the year has neither been bestowed upon the two, who are supposed to be the most talked about and the hottest couple in Bollywood. So who is the lucky Jodi???

According to a poll conducted by a renowned Bollywood website the honor of being the ‘Cutest Couple’ has been stolen by the cute looking Alia Bhatt and the dashing hunk Sidharth Malhotra! 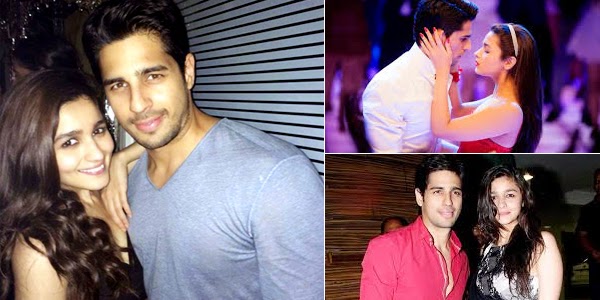 47 per cent Bollywood buffs voted Alia Bhatt and Sidharth Malhotra as their favorite couple. While the other vibrant couple Aditya Roy Kapur and Shraddha Kapoor, who won the hearts of the cinegoers with AASHIQUI 2 was the runner up couple with 37 percent vote.

Interestingly the couple that had been playing hide and seek with the media over their relationshipship and their prospective marriage Anushka Sharma and Virat Kohli did not much impresses the film buffs. The duo scored a moderate 16 percent votes.

Rumours of Alia Bhatt and Sidharth Malhotra dating each other have been making rounds. Alia and Sidharth have been spotted together and it is supposed that the two are very much in love.

In fact if readers could recollect Alia Bhatt had spilled the beans in the celebrated TV show KOFFEE WITH KARAN, where she had opened her heart showering her praises for Sidharth Malhotra. She had candidly confessed that Sidharth was husband material while Varun Dhawan, was only good to be an excellent boyfriend.