(No one can tell when or how I'll arrive - but I always do, when the time is right)

Because as per this mind blowing dialogue from Thalivaa Rajinikanth's hit movie MUTHU, the superstar’s most ambitious film LINGAA is releasing ‘RIGHT ON TIME!’

Fans of Rajinikant can heave a sigh of relief because LINGAA that was shrouded in controversy regarding its release date has been given a green signal by the court and will be released today i.e. Friday December 12, 2014. 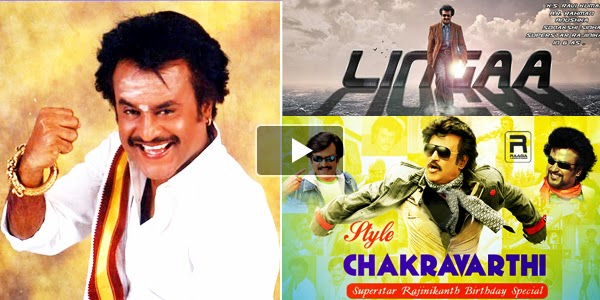 As today also marks the 63 birthday of the superstar Rajinikant and since this is the FIRST TIME that a Rajinikant movie is releasing on his birthday, the enthusiasm, excitement and fervor among Rajinikant fans can be analyzed.

The Madurai Bench of Madras High Court giving the go ahead for release of LINGAA asked the producer to deposit Rs 10 crore as guarantee since a claim by a director that the film was based on his story is to be settled in a ‘Civil Court’.

LINGAA that had been in controversy due to a petition filed against the movie by filmmaker Ravi Rathinam, who claimed that the storyline of LINGAA was same as that of his 2013 movie MULLAI VANAM 999.

Meanwhile, Raaga.Com wishes superstar Rajinikant many happy returns of the day and hope the actor keeps entertaining for generations!