Will ‘HAIDER’ Prove A ‘ZANJEER’ For Shahid Kapoor?

The filmmaker is getting rave reviews for his forthcoming movie HAIDER by the film fraternity. However the highlight of the movie besides Vishal Bhardwaj’s brilliant direction is actor Shahid Kapoor’s outstanding performance.

Renowned filmmakers like Deepa Mehta, Mira Nair and Hansal Mehta among others have hailed Vishal Bhardwaj's 'HAIDER' as a must watch. 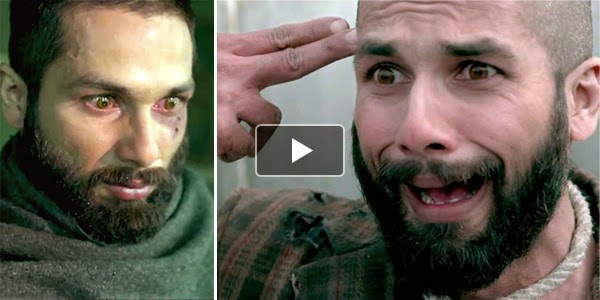 Film maker Mira Nair, who made SALAAM BOMBAY! (1988),MONSOON WEDDING (2001), THE NAMESAKE (2006) and has to her credits National Film Award and various international film festivals awards including a nominee at the Academy Awards, Golden Globes has been bowled over my Vishal Bhardwaj’s movie HAIDER. Praising the movie Nair tweeted, “"Brilliant, mesmerizing Tabu, irrfan, Kashmir's agony and beauty, all in the masterful hands of Vishal Bhardwaj. HAIDER is a must see!"

Likewise Deepa Mehta, yet another internationally renowned Indian film maker who made such beautiful movies like FIRE (1996), EARTH (1998), MIDNIGHT'S CHILDREN (2012) too was awestruck by the power packed HAIDER. She tweeted, “HAIDER is a beautiful film with fabulous performances. Politically relevant, it's heartbreakingly satisfying. Bravo!"

Upcoming director Hansal Mehta, who became an icon after his film 'CITY LIGHTS' in his tweet, applauded the movie as ‘Stunning’. He tweeted, "Vishal 'Bhardwaj is a brilliant story teller. He redefines Hamlet and how good is Haider and what a performance by Shahid Kapoor. Tabu is stunning so is the entire ensemble. Pitch perfect performances."

Besides admiring Vishal Bhardwaj, critics and film industry are going gaga over Shahid Kapoor for delivering his career’s best performance. Actor Ali Zafar congratulating Shahid Kapoor on his performance, said, " One rarely gets to see such a strong film with such strong performances. Shahid Kapoor your best till date. Bravo brother."

Just as the movie is drawing rave reviews, if the movie can ignite fire at the box office than movie may prove a gold mine for actor Shahid Kapoor and perhaps write a golden chapter in his life as ZANJEER did for Amitabh Bachchan!