The event will be attended by their family and close friends. Raaga.Com wishes the couple Wedding Greetings and prays the couple live a happily married life. 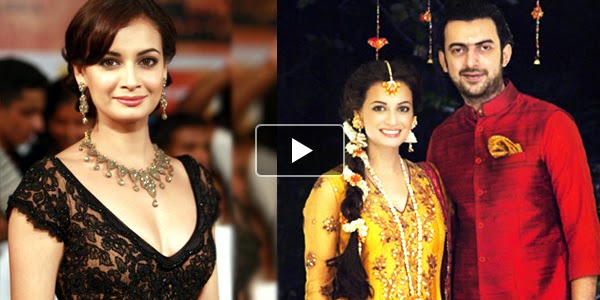 On October 17 during her ‘Mehendi function’, a traditional ritual and part of her pre-wedding ceremonies Dia Mirza looked stunningly beautiful in a regal sunshine yellow anarkali with gold embroidery designed by Ritu Kumar, while her beau Sahil too looked prince charming in a red kutra and bandhgala jacket.

Late night on October 17 the ‘Sangeet’ ceremony was a grand event as Dia took everybody by surprise by her dance and dazzled the family members.

Few may know that Dia’s father Frank Handrich, was a German graphic and an architect from Munich and her mother, Deepa is a Bengali Hindu. However when her father died her mother married Ahmed Mirza, who died in 2003. Thus the customary Bidaai ceremony (Bride’s farewell ceremony) which is usually performed by father will be done by Bollywood actor Boman Irani. 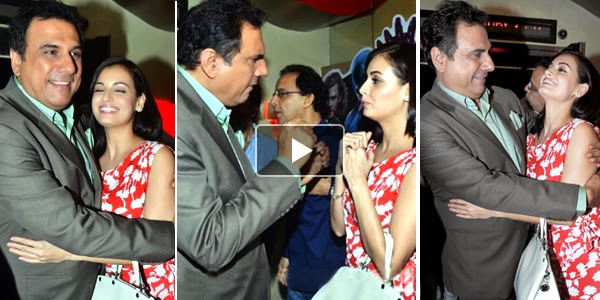 Dia Mirza, who played Boman Irani’s daughter in LAGE RAHO MUNNABHAI, shares a very warm and cordial relation with Irani. In an interview she had confessed, “Boman Irani is someone who I’ve always called pop and share a special bond with. During the shooting of LAGE RAHO MUNNABHAI, he took a promise from me that whenever I would get married, he would love to give me away. So, he’s going to be performing all the rituals that a father needs to perform at the ceremony."