Bollywood Stars ‘Dare To Take Pants Off’ In Public!

Recently two Bollywood actors dared to take off their pants of in public, caring a damn for the ladies around!

There was a time when Bollywood actors like Dilip Kumar, Raj Kapoor, Dev Anand and others had ethics and dignity. They never shamelessly took out their shirts to garner cheap sensations. However times changed and actors like Dharmendra began the trend of going shirtless to display his flexing muscles. Later Salman Khan gave impetus to this trend. Further Mr. Perfectionist Aamir Khan went semi nude for PK poster thus burying all forms of morals and culture.

And now the generations X actors have gone a step ahead and are daringly to go pant less in front of the public! 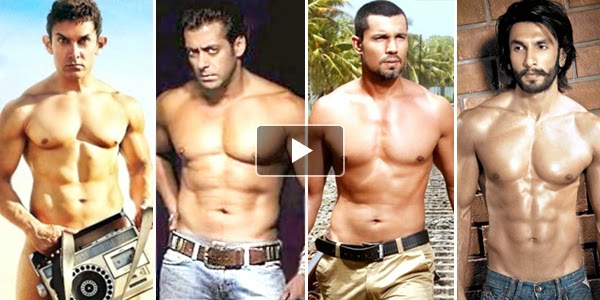 It may shock the readers but the fact is a few days ago Bollywood star Ranveer Singh, who was shooting a song for his upcoming film KILL DILL, took out his pants in front of the 200 girls who wearing dancing in chorus. The girls were left dumbfounded at Ranveer’s indecent gesture and run helter shelter in disgust.

Ranveer Singh however, condemned the reports, arguing, “I was shooting the song ‘Happy Budday…' at Lavasa wearing leather pants under 40 degree temperature. As the heat was unbearable I removed the pants. So what’s the big deal?”

Interestingly Parineeti Chopra, the heroine of the movie took a picture of Ranveer with his pants down and jokingly threatened Ranveer that she will keep it to blackmail him.

No sooner the news of Ranveer Singh going pants down went viral, another actor repeated the ugly act and this time in front of few lady journalists exhibiting that the generations X actors ‘dare to bare’!

According to reports Randeep Hooda, the handsome hunk, who is making waves in Bollywood these days thanks to the success of his movies like HIGHWAY, KICK etc was recently doing a photo shoot for a leading Bollywood magazine at a studio in Mumbai’s suburb.

When Randeep Hooda was doing make-up for the shoot, two journalists from the magazine were taking his interview when suddenly to their disbelief, Randeep Hood stood up and took out his shirts and pants and coolly settled down in his underwear!

The two lady journos were left perplexed but despite being embarrassed they were silent as they were duty bound!