Bollywood composers are known for plagiarizing Hollywood top numbers and region tunes but now they have gone so cheap that they are up to stealing nursery rhymes.

Just take a look at some of the songs that are inspired from the nursery rhyme and have been shamelessly adapted by Bollywood music composers like Johnny Johnny …. (IT’S ENTERTAINMENT), ABCD… (YAARIYAN) or Akkad Bakkad…(BOMBAY TALKIES).

Though these songs may have become hit among the listeners but teachers, parents and activists have raised eye brows regarding these songs alleging such forms of entertainment corrupt the minds of toddlers. 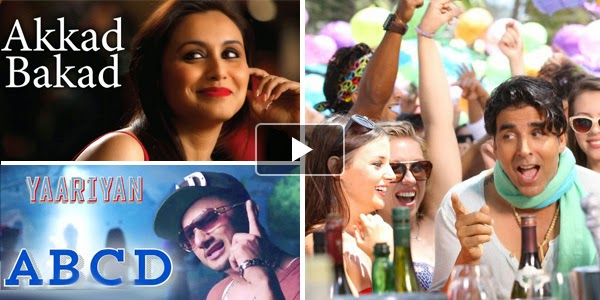 Protesting against such disgrace of popular nursery rhyme an NGO titled Early Childhood Association (ECA) has written a letter to the film industry urging film producers to refrain music composers lifting nursery rhyme tunes as kids are vulnerable at this age and are deeply influenced, particularly by film stars and movies.

Swati Popat Vats, president of ECA India in her letter laments that if popular nursery rhymes like Johnny Johnny Yes Pappa … are altered into a song like Jhoney Jhoney Haanji, Tune Pee Hai, Naaji… which promotes drinking alcohol then tender kids get easily influenced and begin imitating. Hence in her letter she appealed, "Don't pollute rhymes like Johnny Johnny to teach kids about drinking.”

She added, “What is most disturbing is that such songs keep blaring at malls, marketplaces and parties hence the parents are finding it extremely difficult to keep their kids away from such Bollywood songs.”

Supporting Swati Popat Vats, a lady psychologist concurs, “Kids in the age group of 2 to 5 have a photogenic mind and they easily grasp things that are entertaining and enjoyable hence nursery rhymes are taught to kids with music but if these kids listen to such songs that are very much similar to their nursery rhyme they might easily get confused with the words and won't know which one to adapt. Hence the film industry must immediately take stringent action and stop film composers to make songs that are inspired from nursery rhymes.”

Listen To Nursery Rhymes On Raaga
Posted by Unknown at 2:12 PM