“I had been toying of doing a comedy since long.” - Dimple Kapadia

Dimple Kapadia, one of the finest actresses of the 70’s, is yet again making a comeback after two years in her favorite director Homi Adjania’s English movie FINDING FANNY.

The highpoint of the film FINDING FANNY is that for the first time, perhaps, Dimple Kapadia will essaying an out and out comedy character that she had been aspiring to portray.

Dimple Kapadia, who has curtailed her film assignment in an interview said, “I am bored of doing run of the mill roles of sobbing mother or emotional characters hence when Homi Adjania came up with a fun filled character of Rosie, an obnoxious self-appointed Lady of Pocolim, a sleepy village, nestled deep in the interiors of Goa, I readily nodded.” 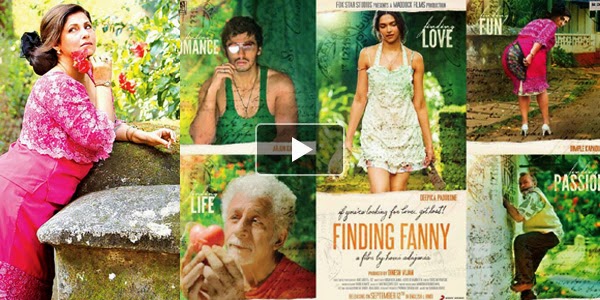 She added, “Further the movie being set in Goa took me back into my memories of BOBBY days, when Raj uncle had shot my debut film in Goa.”

Elated at doing comedy for the first time she said, “I had been toying of doing a comedy since long. With FINDING FUNNY my dream is fulfilled. Now I look forward for my fan’s reaction, who have usually seen me in tragic roles like in AITBAAR, LEKIN, RUDAALI etc. or a fiery woman in movies like ZAKHMI AURAT, KRANTIVEER, etc.

Speaking about film director, Homi Adjania she said, “I share a very warm relation with Homi Adjania. This is my third film with him after BEING CYRUS and COCKTAIL. Homi is a brilliant director. While we were working for COCKTAIL, Homi narrated this fantastic script of FINDING FUNNY. I was bowled over by the script and immediately gave my consent for the film.”
Posted by Unknown at 1:54 PM