GRAPHICS ALL THE WAY!

If there is something new incorporated in the song, it ofcourse makes a history. Such is the case of the usage of ‘graphics’ in the Tamil Cinema. There is something additional always added just to give that touch to the song and bingo – it creates the appeal with the audience!

For starters, we all saw the song ‘Ennavale adi ennavele’ where we see the actor and actress emerging out a graphical image which later turns into a real figure. This ofcourse a technology in that era attracted a lot of attention. Following this when the movie Indian released, we knew that there was something amazing in line coming up with Ulaganayagan doing the lead. Well ‘Akadanunanga’ did create the vibes, thanks to the wonderfully done graphic stints. Kamal adopted a lot of graphics yet again for his songs in aalavandhan. 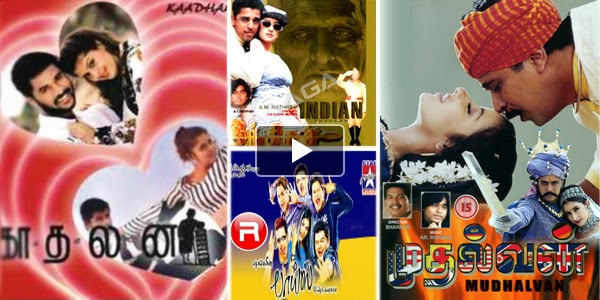 When there is a Shankar film, everyone knows there is a magic coming up too and no one was disappointed with the ‘boomboom shake’ from the movie boys which even had tiny objects like cans flying around the actors. A song shot par excellence, accolades came its way. Same is the case with the movie ‘Mudhalvan’ where we see snakes in the song ‘Mudhalvane’ which was done in a manner to portray sarcasm even in the song. Brilliantly executed – we must say. We saw the graphc of a wood pecker bird in the song ‘Marankothiye’ from the movie ‘New’ which turned out to be the highlight of that song.

The list does not end there. With mayakkam enna movie’s release, everybody loved the song ‘Oda oda oda onnum puriyale’ which was wonderfully done ofcourse, in a hilarious manner too – thoroughly entertaining. With ‘oodha colour ribbon’ flying around in a graphical manner, the song too has created wonderful vibes! Well all we can say is that there is always scope for graphics!