(Is living life lonely of any value)

True to her super hit song sung the versatile singer Asha Bhosle has decided to dump behind the tragedies of her life behind and live life vibrantly. Today, on September 8, she turns 82, Raaga.Com wishes her healthy life and tranquility in music. 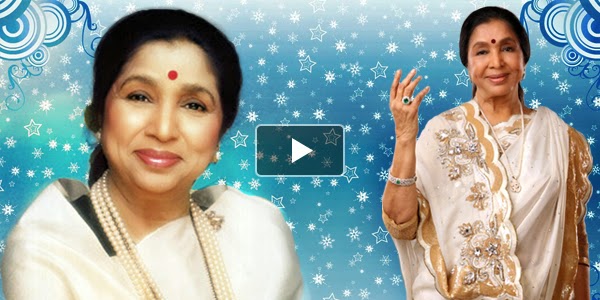 In an interview she said, “Singing in films and singing on stage are two different things. When we sing for movies there are several takes and re-takes and the people’ reaction we get after the release of the movie. However when we sing on stage, it is a different experience all together, because we interact directly with the audience and the appreciations infuses new vigor to perform better.”

It may be noted the singer had gone into depression after her daughter Varsha Bhosle’s unfortunate suicide in 2012. But the singer, after few months of melancholy, decided to seek solace in music. She submerged into music and began her regular morning Riyaz and eventually kicked off her despair with the magical dose of music.

Asha Bhosle recently launched her single, Bappa Morya, which featured her granddaughter Zanai. The singer has cut down her singing assignments for films but has once again started doing stage shows across the world.

While her elder sister Lata Mangeshkar ruled the 50’s and 60’s as numero uno singer in India, it was not a cake walk for young Asha Bhosle to get singing assignment in film industry. 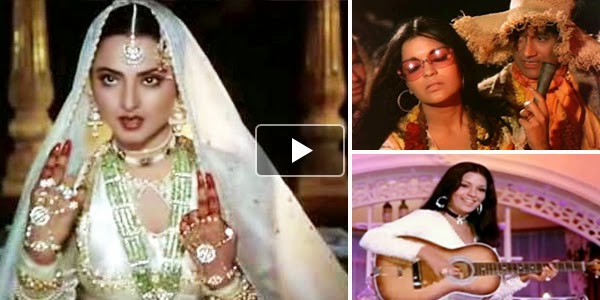 She had to remain satisfied singing songs in B-grade action thrillers or mythological movies but she was determined to prove herself and she did with music director O.P.Nayyar, who gave her the big break in B.R.Chopra’s NAYA DAUR (1957) staring Dilip Kumar and Vyjantimala. The movie was a hit and it opened doors of stardom. Songs like Ude Jab Jab Zulfein Teri…(NAYA DAUR), Main Pyaar Ka Rahi Hoon… (EK MUSAFIR EK HASEENA), Ishaaron Ishaaron Mein… (KASHMIR KI KALI). In fact it was under O.P.Nayyar that she fetched her first National Award as Best Playback singer for the song Chain Se Humko Kabhi Apne Jeene Na Diya…. (PRAN JAYE PAR VACHAN NA JAYE).

Finally her association with Khayyam proved a milestone in her career with the movie UMRAO JAAN. Each song is a peerless gem from Dil cheez kya hai...; In Aankhon Ki Masti...;Yeh Kya Jagay Hai Doston... to Justuju Jiski Thi…. She won her second National Award as Best Female Playback Singer in this movie.

Guinness world record holder, Padma Vibhushan and Dadasaheb Phalke awardee, Music is like a breath of air for her. Her passionate outlook towards music is what gained her the recognition as a singer par excellence.