‘Independence Special’ The Magic Of ‘Old Patriotic’ Song - Part I

With 15 August round the corner Raaga.Com salutes the freedom fighters who sacrificed their lives for the freedom of Mother India and presents an ‘Independence Special’ that takes a peek at some of the timeless patriotic songs that makes our national festivals Republic Day and Independence Day special. 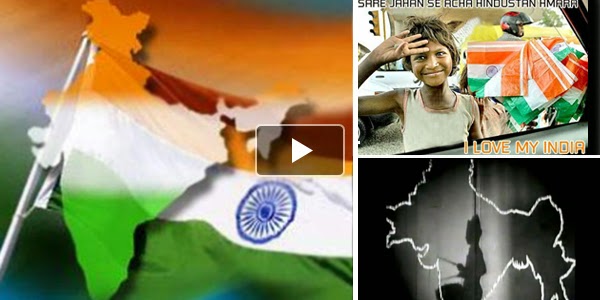 When Lata echoed this kavi Pradeep written abomination it had such a mesmerizing impact on our then Prime Minister Pt. Jawaharlal Nehru that he burst into tears. Today after decades the song commands the same sway and remains the nation’s number one patriotic number.

According to film historical the song Door hatoon aye duniya walo Hindustan hamara hain… was intentionally penned by Kavi Prdeep for the movie KISMET because India was under the British rule hence while freedom fighters like Mahatma Gandhi, Jawaharlal Nehru, Lokmanya Tilak etc were fighting on the national front, film industry was also supporting the freedom movement by either making patriotic movies or by inserting patriotic songs that would infuse a patriotism among the countrymen. 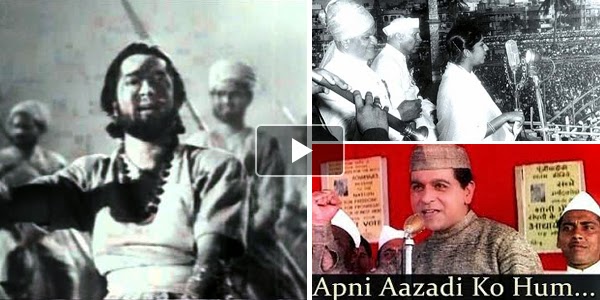 Since Cinema was the best form of reaching maximum countrymen hence film industry was encouraged to include such fiery patriotic numbers that could incite patriotic fervor amidst cine goers. When the movie KISMET was released, the song Door hatoon aye duniya walo Hindustan hamara hain… became a huge hit. It’s believed cine buffs thronged cinema halls again and again just to hear the song. That was the reason the movie was a huge hit and celebrated 200 week run in a single cinema hall in Kolkatta.

It’s claimed that when the song appeared on the screen the audience would stand up and sing in chorus. Sometimes they even forced the theatre management to rewind the song!!!

Similarly the other number two nationalistic number Saare jahan se accha…written by Iqbal won the masses heart so dearly that it was inserted in the 50’s movie MASOOM and as expected pulled in audience, despite being handicapped of big stars. Likewise the song Vande Matram…( ANAND MATH) and Kar chale hum fida… (HAQEEQAT) have been hot favorites for generations.

Note: In the next issue read about some other Patriotic songs that became popular