Who Says You Require ‘Godfather’ In Bollywood?

Amidst hoards of celebrity scion like Ranbir Kapoor, Arman Jain, Aaliya Bhatt etc. grabbing centre space in Bollywood, the entry of new comer actor Darshan Kumar from Delhi is a sigh of relief to umpteen budding actors, who have no Godfathers in Bollywood. 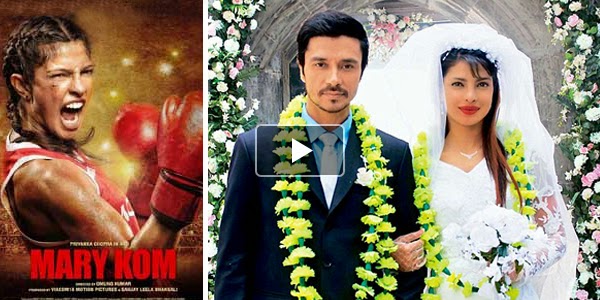 Speaking about the significance of the role Darshan Kumar said, “When I signed the role many of colleagues criticized me for making a wrong debut by working in a woman centric film.

However I ignored because Mary Kom’s husband is the pillar of the movie, who motivates her to make a career in boxing when she is condemned by the society to play a man dominated sport. Thus Mary Kom becomes a star only because of the inspiration and the sacrifices of her husband. In fact if you watch the movie closely you may acknowledge that more than Mary Kom, it her husband who is the real hero of the film.”

Darshan Kumar is a Jat boy (Sardar), who hails from Delhi. Speaking about himself he says, “I had a passion for acting since childhood and it was this passion that drew me to Mumbai.” He adds, “In Mumbai I began my journey with Neena Gupta’s theatre group Sahej and later I joined Motley Productions — the theatre group founded by versatile group of actors from Bollywood like Naseeruddin Shah, his wife Ratna Pathak Shah, Benjamin Gilani, Tom Alter and Akash Khurana.”

He continues, “To be a part of Motley Productions has been my best experience because I learnt a lot about acting from the versatile Naseeruddin Shah, who in nutshell is an institution of acting in himself.”

Speaking about how he landed the important role he said, “Sanjay Leela Bhansali was looking of a new actor to play Mary Kom’s husband hence he happened to notice me practicing a play at Motley Productions. He was impressed and asked me to meet. But I felt he must be joking hence I took it lightly. However a few days later I got a call from the casting director for an audition. I gave the audition. Impressed by my audition, Sanjayji and Omung Kumar, the director of the film arranged my meeting with Priyanka Chopra and thus I was finalized.”

He informs, “No sooner I was selected by Sanjay Leela Bhansali for MARY KOM, I got a call from Anushka Sharma's production house and director Navdeep Singh selected me for their movie NH10, which a suspense thriller.”

He adds, “To be working with actresses like Priyanka and Anushka in the beginning of the career is a dream. Both are talented and I learnt a lot from them.”
Posted by Unknown at 2:27 PM