Soha Ali Khan and Kunal Khemu’s engagement is now official. Soha got engaged to her longtime beau Kunal Khemu in the city of love, Paris. Sharing her delight with her fans Soha Ali Khan tweeted, "It gives me great happiness to share with you all that Kunal proposed to me in Paris with the most perfect ring in the world and I said yes.”

According to close sources Soha Ali Khan and Kunal Khemu, who were in live –in relation for past many years have the blessing of both the couple’s parents. Soha’s mother Sharmila Tagore and brother Saif Ali Khan along with Kunal Khemu father Ravi Khemu has expressed pleasure at the engagement. 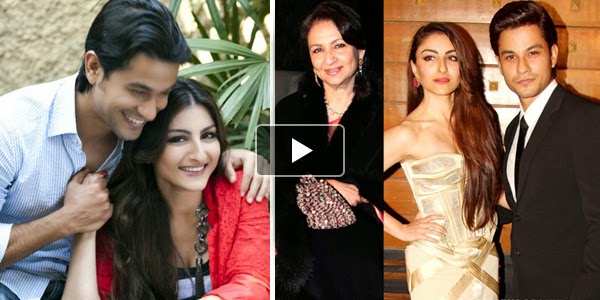 It may be noted that earlier Sharmila Tagore had reservations about Soha’s affair with Kunal but later she accepted him. Reacting to the news Sharmila Tagore told media, “I am quite delighted. At last Soha has paid heed to my advice.” She added, “Prior to taking the crucial decision, Soha took my consent and also informed her sister Saba and elder brother Saif about her engagement.”

Saif Ali Khan, who is busy shooting in London for the movie PHANTOM, told, “I am glad that Soha has finally decided to settle. Regarding Kunal, he is almost our family member and a nice guy.”

Regarding the wedding Saif said, “Though the wedding date is still uncertain but it would be a grand affair, probably at the Pataudi venue, where I and Bebo (Kareena Kapoor) were married.”

A source close to Kunal told, “Recently Soha Ali Khan and Kunal Khemu were holidaying in London and there were no plans to visit Paris. But during their romantic trip the duo decided to take the vital decision and Kunal decided it to make it memorable by purposing Soha in the romantic city of Paris.”