In the last issue you read how after 34 years after the demise of Mohd. Rafi his fans all over the universe continue to adore his voice and listen to his songs day in and day out. In this part read how Rafi had a passion since childhood and how he rose to stardom

Right since childhood, Rafi had penchant for singing, but his father objected to it. Nevertheless, young Rafi consoled himself singing: 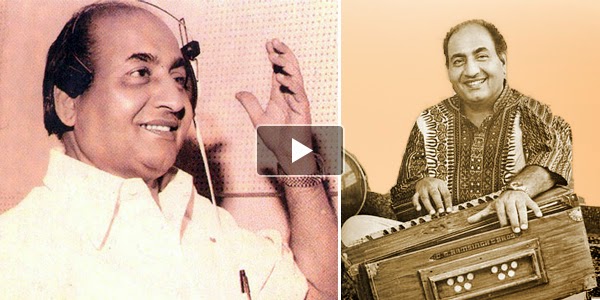 It was Rafi’s uncle who imparted musical training and also introduced him to Feroz Nizami, managing in charge of Radio, Lahore. Rafi met him praying:

Lady luck smiled on Rafi as he celebrated singing:

Soon Rafi landed in Mumbai with song on his lips

Music maestro Naushad gave him his first break and their union consaolided like the song:

The other association that Rafi cherished was with Music directors Shankar Jaikishen and actor Shammi Kapoor. This trilogy made the 60’s a golden era in Indian film industry:

But such a trilogy will never be formed! 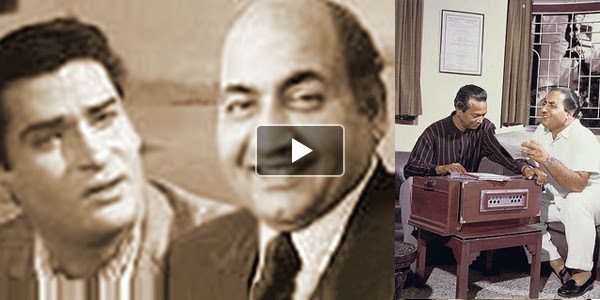 Rafi’s ability to sing a variety of songs made him the most sought after singer. Music directors pleaded:

From 50’s to 60’s Rafi rose to amazing heights of popularity which he always acknowledged to his fans:
‘Ehsaan mera dil pe tumhara hain dostoon…’

NOTE: In the next issue read about Mohd. Rafi’s downfall and his rise!