AS GENTLE AS AN ANGEL

The word 'devathai' is a beautiful word that is used to address someone in a manner that is very dear. The word by itself means 'Angel'. So ofcourse, it is a superlative that is used, to address someone who is very gentle, very caring and has all the qualities of being a very soft-hearted girl. From a small girl child to someone very big, the word 'devaathai' is used. In tamil songs, we see a lot of usage of this word. Let us take a look at the various ways in which this term has been used. 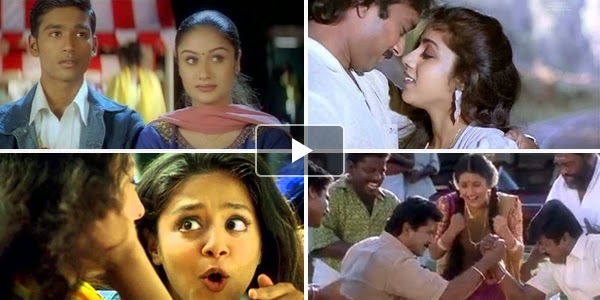 A very touchy song from the movie 'Samudiram' is the song 'Azhagaana chinna devathai' where the broters are seen singing for their dear sister. What is amazing about this specific word is that it can be addressed to everyone you love dearly.A song sung by Shankar Mahadevan, this song is a indeed a touching song.

In the song 'Devadhayai kanden' from the movie Kadhal Kondaen, the connotation is altogether different. The context here is where the guy is seen singing for his lady love. Here he mentions the concept that he saw a girl who looks like an angel. Thus in this sense, there is a pinch of romance involved in the way he addresses her.

On the other hand, in the song - 'devadhai vamsam neeyo' from the movie Snegithiye, focuses the female gender in a very signifying manner. The song addresses as if the girl actually has an ancestoral origin of an angel etc. A fun song to listen to, this song can be interpreted as a female dominant one too.

A wonderful song on 'devadhai' is 'Oru kaadhal devadhai' from the movie Idhaya thamarai. A romantic one ofcourse, the way he addresses the girl is worth a listen.

The movie Veppam, a remake of a Telugu movie was a hit amongst the audience. But ofcourse the song 'oru devadhai' is what made the talks about the movie go viral. A brilliantly composed song, it is definitely a must have in your playlist.
Posted by Unknown at 12:43 PM