Armaan Jain, the new actor from Kapoor clan made his debut with LEKAR HUM DEEWANA DIL directed by Arif Ali, brother of eminent filmmaker Imtiyaz Ali last Friday. To cheer the actor the entire Kapoor Khandaan was present at the premier but the debutant actor missed his nana ji (Grandfather) Raj Kapoor.

Expressing his emotions to a reporter he lamented, “While my cousins Karisma, Kareena and Ranbir Kapoor have been fortunate to have seen our grandfather Raj Kapoor alive, I have not been so fortunate.” He said, “My nana ji Raj Kapoor expired in 1988, just two years earlier when I was born.” 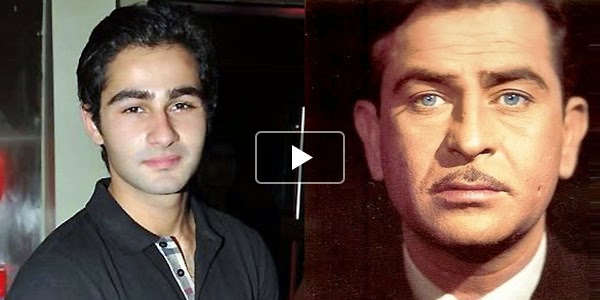 He added, “I may not be fortunate to watch my nana ji alive but he is always close to my heart through his films. Whenever I watch his movies like AWARA, SHREE 420, MERA NAAM JOKER etc. I am bowled over by his genius. He was truly a master craftsman.”

He continued, “When I first saw him in MERA NAAM JOKER his performance of the joker was so fantastic that it etched in my memory. For years I considered him as a joker sort of person, who is carefree and full of humor. Later when I saw his thought provoking movies like BOOT POLISH, AWAARA, SHREE 420, JAGTE RAHO, SANGAM, JIS DESH MEN GANGA BEHTI HAI, RAM TERI GANGA MAILI, I could sense his versatility and saluted his intelligence.”

He concluded, “Toady, I feel proud to be a part of my nanan ji’s legacy and of the fact that I am becoming a part of it.”