After the mega success of Rakeysh Omprakash Mehra's BHAAG MILKHA BHAAG, biopic based on athlete Milkha Singh the film industry is suddenly gearing up with multiple biopics on sports legends.

After the much publicized Sanjay Leela Bhansali produced movie 'MARY KOM' in which Priyanka Chopra plays the role of lady boxer icon, who won the Olympic medal, reports are that John Abraham will be soon seen living the legendary football monarch Sibdas Bhaduri on the big screen. 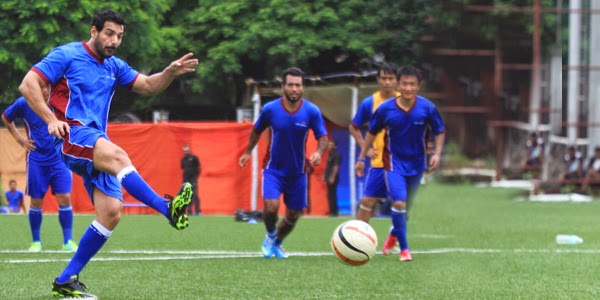 According to reports director Shoojit Sircarm director of critically acclaimed movies like VICKY DONOR (2012) and MADRAS CAFE (2013) has been roped in again by his favorite producer John Abraham for his next latest venture 1911, a biopic on the renowned football player Sibdas Bhaduri, who played a lion’s share in the Mohun Bagan Team to win the prestigious IFA Shield Final, which made India proud as Mohun Bagan Team became the First Asian team to win the competition.

Sibdas Bhaduri (1887–1932) was the captain of the historic IFA Shield Final played against East Yorkshire Regiment held in 1911. He become immortal after he scored the equalizer to level the match 1-1 and later his other team member Abhilash Ghosh scored the winner, thus Mohun Bagan the thrilling match 2-1. He died an untimely death at the young age of just 44 due to malaria (incurable in those days). In 2003 Mohun Bagan posthumously awarded him Mohun Bagan Ratna Award. 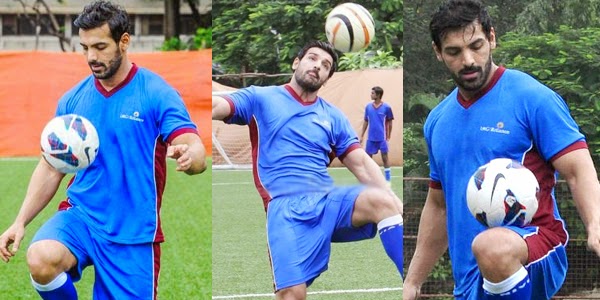 John Abraham looks thrilled to play the pivotal role. In an interview he said, “I have a passion for sports, particularly football is in my DNA.”

Asked about the reason for opting for the biopic on Sibdas Bhaduri, he said, “ The movie is not just another story of a legendary sportsman but it speaks about triumph, resilience and freedom.