The profession has always commanded a respect for itself. The stature by itself commands that amount of respect. Moreover these hardworking men do deserve an applause for the kind of work they do. The thought of which profession we are talking about is killing you? We are ofcourse talking about the police force. Inspired by their charm, there are a lot of movies made on their roles. Here is a quick look at few of the best songs in which we saw the heroes playing the role as Police officers. 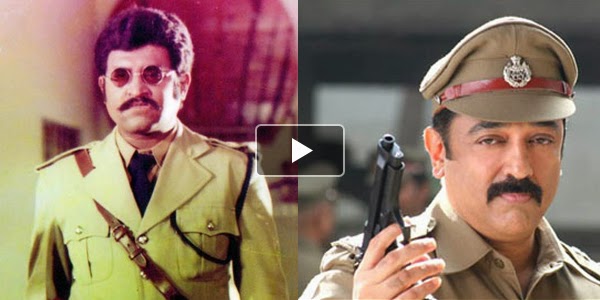 Let us start with our Superstar who with his role as Alex Pandian in the movie Moondru Moogam. What a commanding role, wasn’t it? If we talk about our superstar we cannot miss our Ulaganayagan.Vettaiyaadu Vilayaadu directed by Gautham Menon was brilliant ofcourse with all the songs from the movie being a hit.

Coming to the next gen actors, our Thala and Thalapathy, very recently we saw them in Aarambam and Jilla respectively. The song ‘Ada dada aarambame’ did really well from the movie Aarambam and ‘Kandaangi Kandaangi’ from Jilla got all the attention. 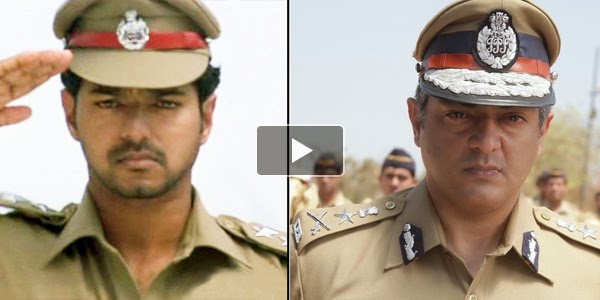 If there has been talks about Ajith and Vijay, how can we forget Surya? Surya for his share has been one of the most admired police officers. Wasn’t his role in Kaakha Kaakha just commendable? His screen presence got him the role of a police officer in the movie Singham and Singham 2 as well.

This articles is from Raaga's music blog. Read more at http://blog.raaga.com
Posted by Unknown at 6:24 PM