From Amrik Singh to Mika Singh

Brother of Daler Mehndi, the sensation Tunal-Tunak-Tun….singer, Mika Singh’s real name is Amrik Singh but he changed his name to trendy Mika to suit his image of bhangra / pop artist. The singer has followed the footsteps of his elder brother. In an interview he told, “I had a passion for music since kindergarten days. I admired my elder brother Daler Paji and dreamt of becoming a superstar singer like him.” 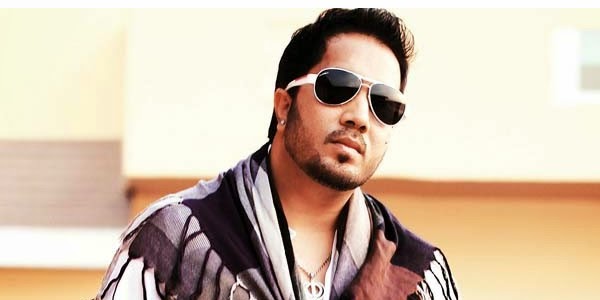 He adds, “My brother has the reputation of being the highest paid singer. For the famous Coke advertisement Paji charged a whopping Rs 2 crore! Further for his most hit song Tunuk Tunuk Tun song Paji was paid Rs 80 lakh, an amount never charged even by any legendary singer. Thus I was thrilled to follow his steps and achieve the tag of being paid highest singer, which I ultimately achieved in 2013 by charging a colossal amount of Rs 1.25 crore for a New Year eve concert at Manali.”

Recalling his early days Mika said, “When Daler Paji, who is ten years older to me, saw my passion for music he started my training at the young age of 8 with Tabla and by the age of 12, I had began playing harmonium. By 14 years I was master of guitar.” He continues, “Later at a young age I began singing Kirtans and slowly moved to Punjabi folk songs laced with Pop music.”

Rejecting the rumors that Mika Singh and Daler Mehndi have difference he said, “All these rumors are baseless because Daler Paji has been a father figure who has molded my career.” He candidly confesses, “When I made my debut as independent singer Daler Paji advised me to develop my own identity and that’s the reason instead of Amrik Mehndi, he rechristened me as Mika Singh and unlike his dress code he recommend me to wear stylish trendy cloths and possess a elegant attitude.

NOTE: In the next issue read about the infamous Mika Singh and Rakhi Sawant controversy.